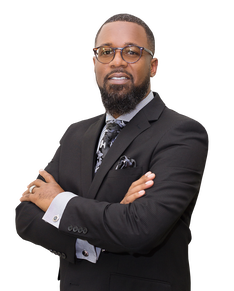 Born and raised in Seattle, Washington, Reverend Douglas Randle has called South Texas his home since late 1997. Licensed into the Gospel Ministry in November 2001 and ordained in November 2006, Reverend Randle entered full-time ministry as the Minister of Youth and Missions at the historic Mount Zion First Baptist Church of San Antonio, Texas in 2007. He accepted the call to pastor the Bethany Missionary Baptist Church Family of San Antonio, Texas on October 2, 2013.

A product of Seattle School Systems, Reverend Randle attended Roosevelt High School and South Seattle Community College where he studies in the Painter | Decorator Vocational School. He continued his education in preparation for ministry at the Baptist University of the Americas in San Antonio, Texas and the Interdenominational Theological Center, Morehouse School of Religion, in Atlanta Georgia. He received a Bachelor of Arts in Ministry Degree from Newburgh Theological Seminary and Bible College in 2015. He is presently pursuing a degree in Biblical Studies at Grace School of Theology, Woodlands, Texas. His love for writing has resulted in several pieces on religion being published in Faith and Black Focus Magazines.

Reverend Randle’s passion is to serve God’s people at whichever capacity is most called for by God and his territory was enlarged beyond the border of the United States in 2008 when he and the Mission Council of Mount Zion partnered with Ruach Ministries International and began serving an orphanage and Christian Academy in Haiti. He was blessed to visit Port Au Prince, Haiti on his first foreign mission trip in 2009.

Reverend Randle serves as the Director of the Guadalupe District Missionary Baptist Association and College, Inc., Youth Convention and as the 1st Vice President of the Baptist Ministers’ Union of San Antonio & Vicinity. He is also a Board Member of the Community of Churches for Social Action (CCSA).

Reverend Randle’s life is made complete through his wife for life, the former Ms. Donna E. Jackson and their grown children and two granddaughters.
With that said, the most important fact regarding Reverend Randle is that he loves the Lord and the People of God with all his heart. He loves preaching and teaching the Word of God, and watching God manifest His power in the lives of the Children of God who “only believe.” His motto is, “when we see God for ourselves who we are becomes extremely clear.”